Present at the gala event were many of the senior executive members of the GTWN Board who have contributed so much over the past decades to the development of the mobile and broader ICT sectors, as well as the role of women as leaders in that industry. 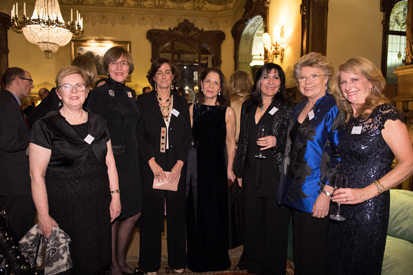 Also participating in the celebrations were many senior industry representatives of the GTWN sponsor organisations who over the years have made the GTWN events and other activities possible. These included the GTWN Silver Anniversary Dinner sponsor iTalent, whose CEO Renee LaLonde was also acknowledged as a role model for women led business and Every European Digital, whose founder Bridget Cosgrave is also GTWN Global President. 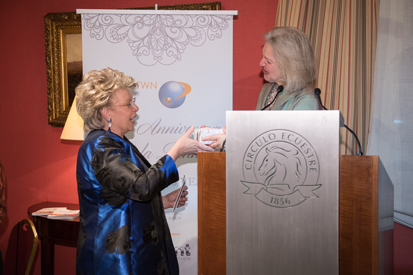 A focal point of the celebration was the awarding of the inaugural GTWN lifetime achievement award to Viviane Reding, former Vice President of the European Commission and current European Union Member of Parliament (see related press release). Christian Salbaing, GSMA Board Member and Deputy Director Hutchson Whampoa gave an appreciation of Ms. Reding from an operator’s perspective.

Throughout the evening the GTWN paid hommage to all of the speakers, sponsors, members, senior executive and “next generation” women who have made and continue to make the TMT industry the most exciting, most impactful, and fastest growing industry in the world. 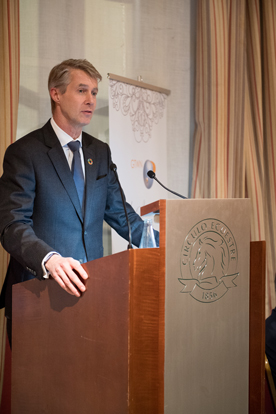 Special guest, Mats Granryd, GSMA Director General and Board Member paid homage to the GTWN’s role in incubating the GSMA mWomen and Connected Women programs as well as now supporting and partnering with the GSMA’s new Women4Tech program which met for the first time on 2 March, 2017.

The GTWN International Board was delighted to be joined by so many women and men for this unique evening celebrating the GTWN and “The Changing Culture of Communication…from Generation to Generation”. To mark its 25th anniversary, the GTWN also launched a commemorative book entitled “The Next 25 Years” featuring articles on or by the women who have shaped our industry for so many years and whose contributions were also recognised that evening (Download the 25th Anniversary e-book: “The Mobile Century: The Next 25 Years”).

View all the pictures from the GTWN 2015 Welcome Cocktail!
password: gtsk16

Download: The Mobile Century: Life and work in the digital Era: “The Next 25 Years” (pdf version)